When I think back to the year 2014 I think about to some poignant moments that happened. One being I graduated college, second, I accepted a job at New Mexico Tech, third, I moved to a new town called Socorro, New Mexico. While these are all positive and happy memoirs I reflect upon, I also think about something else that happened in 2014, the Loma Theater closed. As an avid movie lover and one who truly enjoys the movie going experience, I felt sincerely heartbroken at this news. Sure, these days with Redbox and streaming capability I could still enjoy the escape of a cinematic adventure and popcorn if I wanted, but nothing beats a huge screen, epic surround sound, and movie theater popcorn. Ah, movie theater popcorn because honestly Orville Redenbacher from the kitchen microwave can’t even rival actual movie theater popcorn. 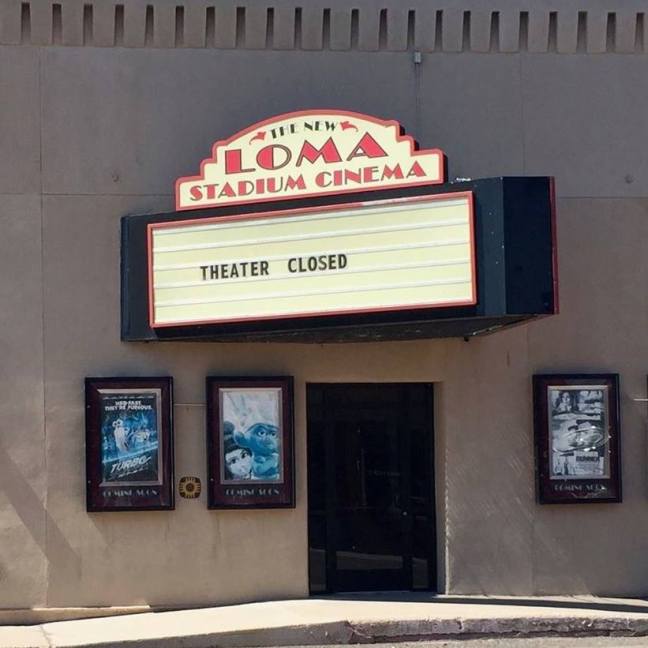 Yes, the loss of the Loma Theater was truly a loss for me, but more than that it was a loss for the Socorro community. As I began the journey of becoming a legitimate Socorro resident, I got to hear stories from people born and raised here talk about their memories of the theater. The first movies they saw there, how it once played family friendly movies and more risqué (PG-13 to Rated R) movies at night.

Thankfully, the people of Socorro got some happy news this summer; the Loma Theater was being revived and would once again live to entertain our city. This was thanks in large part to the new President at New Mexico Tech, Dr. Stephen Wells. However, it was truly a community effort to get the Loma marquee to light up Manzanares street once more. 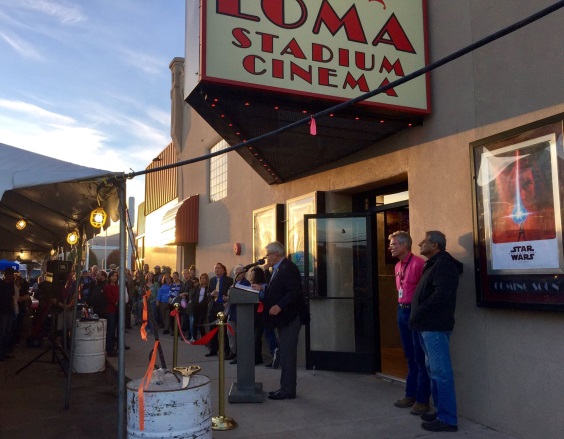 On November 3, 2017 The Loma reopened its doors for its grand opening. The movie played was Thor: Ragnarok and making history for the first time, the movie was played in 3-D. The theater was packed, the popcorn was amazing, and the energy of the theater was electric. It truly was an amazing experience that I’m thankful I got to be apart. Now as a Socorro resident of almost 4 years, I get the great privilege to share my memories of being a part of the grand opening audience. Long live The Loma!

Come visit us and see what we can offer you! We host campus visits Monday through Friday at 10:00 AM and 12:00 PM. If you would like to set up a campus visit click the link below.